This is more than just a magazine — it’s also a two-minute TV show, a two-minute and five-minute radio show, and an Internet resource available around the world and broadcast, cablecast and satellite-cast in more than 200 countries and territories. The magazine and Internet versions of MOVIEGUIDE® include news from the entertainment industry, insightful articles on trends and beliefs, and interviews with top filmmakers and actors such as Robert Duvall, Tom Hanks, Angelina Jolie, Bruce Willis, Lindsay Lohan, Jerry Bruckheimer, Johnny Depp, and Steven Spielberg.

Each year around Oscar time, MOVIEGUIDE® hosts its Annual Faith & Values Awards Gala and Report to the Entertainment Industry in Hollywood, where it rewards the best family-friendly movies and TV shows of the previous year, as well as the most moral and Christ-centered films for mature audiences. At the gala presents a statistical analysis based on MOVIEGUIDE® reviews. His analysis consistently shows studio executives and filmmakers that family-friendly content and even Christian-friendly or conservative content can significantly increase the profitability of their movies. 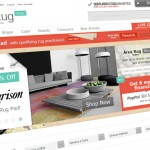 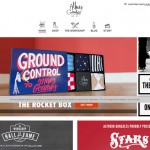